The Kansas City law firm of Robb & Robb reached a $100 million settlement for a flight nurse who was severely burned in a medical helicopter crash in Colorado.

Anita Porte Robb said the settlement, announced Thursday, appears to be the largest pre-trial settlement for a single injured plaintiff in the country.

David Repsher was injured when an Airbus Helicopter model AS350 B3e crashed in a parking lot in Frisco, Colorado, just seconds after takeoff on July 3, 2015. He sustained full-thickness burns over 90 percent of his body, and in some places he was burned to the bone. The crash also killed the craft’s pilot and injured another flight nurse. 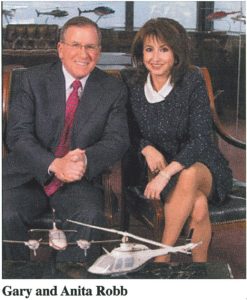 In a press release, the firm said doctors did not expect Repsher to survive through the first 24 hours following the crash, and he spent 13 months enduring hundreds of procedures and surgeries while recovering in the hospital. He sustained permanent injuries, including hearing loss and severe disfigurement to and loss of function of his hands. The injuries forced him to learn to swallow, eat, talk, roll over, stand and walk again.

A product defect and personal injury suit filed by Repsher and his wife, Amanda, alleged negligence by the manufacturer and the Colorado operator of the helicopter. The suit alleged that the Airbus helicopter was not equipped with a crash-resistant fuel system that has been mandated on newly certificated helicopters since 1994. The National Transportation Safety Board’s report on the crash determined that the lack of a crash‐resistant fuel system on the helicopter, which ignited on impact, contributed to the severity of Repsher’s injuries.

The claims against Air Methods centered on allegations that the company had installed an after‐market seat in the helicopter that was ejected during the crash. The suit claimed the seat was insufficiently anchored.

The settlement averted a trial set for March 5 in Breckenridge, Colorado. The defendants did not admit fault. The agreement comprised payments of $55 million from Airbus and $45 million from Air Methods, according to the Robb firm.

Lead attorney Gary C. Robb said the Repshers plan to establish a private foundation, the initial mission of which will be to promote safety for emergency medical flights and burn-survivor support. According to NTSB data as of November 2014, only about 15 percent of domestically registered helicopters manufactured after 1994 had crash-resistant fuel systems, Robb said.

“It is the greatest desire of David and Amanda Repsher that all helicopters have the crash-resistant fuel system as standard equipment so that no one ever again suffers the severe burn injuries Dave received,” Robb said in the release.

According to research cited by the Robbs from the national verdict tracking company VerdictSearch, the payment appears to be the largest pre-trial settlement in a single personal injury case in U.S. history. Missouri Lawyers Weekly’s Verdicts & Settlements data bear out the rarity of such settlements. Two of Missouri’s top cases in 2017 involved single plaintiffs who won judgments of $120 million and $100 million respectively against former Boy Scout officials accused of molesting them. Both judgments were reached after bench trials against the imprisoned defendants, however, and it remains to be seen how much, if any, of those amounts can be collected.