Mr. Robb has obtained numerous record-breaking results on behalf of past clients, including the two highest jury verdicts in U.S. history for helicopter crash wrongful death, $350 million and $70 million, and the largest pre-trial settlement for an injury in a helicopter crash, $100 million which is also the largest pretrial settlement in U.S. history for a single plaintiff in a personal injury case.

Author of THE authoritative text

Mr. Robb is past President of the Missouri Association of Trial Attorneys (MATA). Mr. Robb has been selected by his peers as one of “The Best Lawyers In America,” which has come to be regarded by both the legal profession and the public as the definitive guide to legal excellence in the United States. He has been a Board-Certified Civil Trial Lawyer since 1994.

Mr. Robb has authored numerous articles on trial technique, products liability, and aviation matters published in Trial Magazine Journal of Products Liability, National Law Journal, Journal of The Missouri Bar, Northwestern University Law Review, and has been General Editor of the Missouri Products Liability Handbook since 1984. His writings have been cited by a number of courts and legal scholars throughout the United States.

In 2010, Mr. Robb authored the book, Helicopter Crash Litigation, published by Lawyers & Judges Publishing Company. The Second Edition of this acclaimed book was published in 2015. In 2009, Forbes Magazine referred to Mr. Robb as “by far the most successful helicopter crash trial lawyer in the country.”

Mr. Robb has received numerous honors and awards and handled many high profile cases. Mr. Robb served as lead counsel for Vanessa Bryant, widow of NBA legend Kobe Bryant, in her helicopter crash lawsuit for the wrongful death of her husband and daughter Gianna. Mr. Robb also represented Senator Jean Carnahan in the lawsuit arising out of the airplane crash that killed her husband, Missouri Governor Mel Carnahan.

In 2020 he was recognized as an “Influential Lawyer” for his career of case accomplishments contributing to aviation safety. In 2014 Mr. Robb received the “Influential Appellate Advocate” award in the state of Missouri for his work on the successful appeal of a $52.5 million plane crash case. In 2014 Mr. Robb was also the recipient of the Thomas G. Strong Trial Attorney Award for the Missouri attorney “who most exemplifies the qualities of Professionalism, Ethics, Character, and Courtroom Success.”

Mr. Robb is one of only a handful of Plaintiffs’ trial lawyers nationwide to have obtained at least five (5) jury verdicts and five (5) settlements in personal injury or wrongful death cases in excess of $20 million.

Record Of Success in Aviation Law

Highlights of Our Results 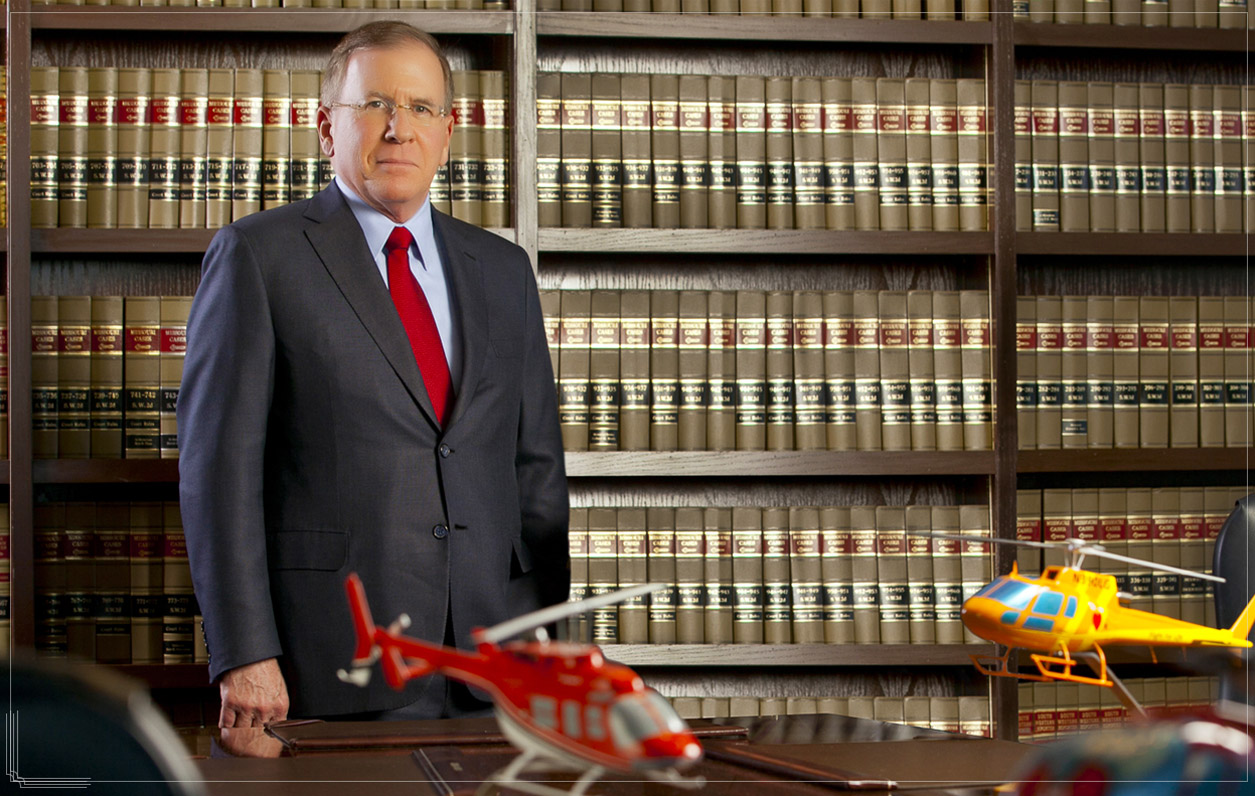 We believe that maximum justice for our clients and their families must include doing everything in our power to expose and eliminate product defects, dangers and corporate wrongdoing, so that others will be saved from suffering the same fate.

One of Robb & Robb’s latest victories for Vanessa Bryant

How Two Former Defense Lawyers Became One of the Most Successful Plaintiffs’ Duos in the Country.

Represented the family of a Louisiana man killed in a helicopter crash.

Settlement for death of husband and wife in airplane crash (North Carolina record).