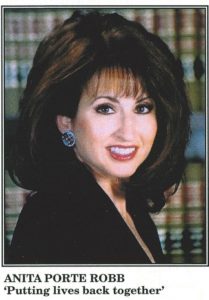 A woman who was severely burned and had an arm and leg amputated after a power line fell on her has settled her Jackson County lawsuit against several defendants for $12 million.

Melanie Monroe claimed that a clamp intended for temporary use was left on the power line for too long, which caused the clamp to fail. Monroe, her husband and their two children sued Kansas City Power & Light, its parent company and the clamp manufacturer on theories of strict products liability, breach of warranty and negligence.

KCP&L contended the line fell because the connection had been weakened by an ice storm that hit the Kansas City area shortly before the incident. As part of the settlement, the defendants denied wrongful conduct and liability.

“Now the Monroe family can start putting their lives back together and address Mrs. Monroe’s many special needs resulting from her amputations and disabilities,” said Anita Porte Robb, the Kansas City attorney who represented the plaintiffs. “The family appreciates the professional manner with which KCP&L and its lawyers resolved this unfortunate incident.”

Noting that the settlement came only four months after the lawsuit was filed, veteran Kansas City defense attorney William Sanders Sr. said, “When you have a big case with two experienced trial lawyers, it gets promptly settled because they cut through to the real issues at hand.”

Due to a massive ice storm in late January 2002, the Monroe family lost power in their home in Kansas City. Consequently, 35-year-old Melanie Monroe, her husband, Paul, and their two children — 10-year-old Shelby and 3-year-old Evan — had been visiting Melanie’s sister, who lived nearby.

As they prepared to leave the sister’s house on the night of Feb. 2, the Monroes were getting into their car parked at the curb. Paul Monroe loaded the laundry basket he was carrying and got into the car with Shelby while Melanie finished strapping Evan into his car seat.

Suddenly, before Melanie could open the passenger side door and climb into the car, a live power line snapped and fell from a KCP&L utility pole approximately 45 feet away. The line directly hit the car and Melanie, who suffered third-degree burns over most of her body. The burns to her right leg and right arm were so extensive that her leg and arm required amputation.

Paul Monroe and the two children also suffered electrical burns during the incident. They required emergency care and minor medical treatment, but were not seriously injured.

In describing the extent of Melanie’s injuries, Robb noted that her burns were so severe that she has not yet been able to use prosthetic limbs. She has required lengthy in-patient hospital care and will require future extensive rehabilitation and physical therapy. Melanie will also need future surgical procedures secondary to her burn injuries, consisting of additional skin grafts, wound care and surgical procedures to improve functional and cosmetic results. To date, Melanie has incurred millions of dollars in medical expenses, and substantial expenses will continue in the future.

“Now the Monroe family can start putting their lives back together and address Mrs. Monroe’s many special needs resulting from her amputations and disabilities.”

In addition, Melanie has been unable to pursue any gainful employment since the time of her injuries, resulting in substantial lost wages. Before the accident, she was a data entry clerk at a bank.

The plaintiffs claimed that the power line broke due to the loss of structural integrity of the pelican clamp used to secure the line. They said the failure occurred because a misapplication of the clamp — meant to be used only on a temporary basis, not for long-term permanent use — combined with improper installation, maintenance, and monitoring resulted in a loose connection, “arcing” and overheating.

According to the plaintiffs, use of the temporary clamp on a long-term basis– rather than using a permanent connector– between two conductors carrying considerable amounts of electricity was a violation of industry standards. To illustrate this point, Robb noted that proper industry-recognized means have existed for years to make permanent connections of this type between energized electrical conductors, which do not involve the use of pelican clamps.

To refute KCP&L’s argument that the line fell because the connection had been weakened by the ice storm, the plaintiffs pointed out that no measurable precipitation had fallen in the area for approximately 68 hours. At the time of the incident, the temperature had been above freezing for about 12 hours, and a combination of air temperature and heat from 42 hours of clear skies had melted any ice off the power line.

First, they sued each of the three defendants on a theory of strict liability, claiming that KCP&L and Great Plains supplied and distributed the pelican clamp in a defective condition that was unreasonably dangerous when put to a reasonably anticipated use. Furthermore, they said that Hubbell manufactured the clamp in a defective condition and failed to sufficiently provide limitations for the applications and intended product life of the clamp to adequately warn of potential danger.

Next, the plaintiffs raised the issue of negligence against each of the three defendants. They alleged that KCP&L and Great Plains failed to use ordinary care to apply, install, maintain, and inspect the power line and clamp. Similarly, they claimed that Hubbell failed to use ordinary care to manufacture the pelican clamp and negligently failed to warn of a known hazard. In addition, the plaintiffs sued all three defendants on a theory of res ipsa loquitur since a reasonable inference could be drawn that the fallen power line and subsequent injuries were directly caused by the defendants’ collective negligence.

Finally, the plaintiffs sued for breach of the implied warranty of fitness for a particular purpose, arguing that KCP&L and Great Plains knew or should have known that the clamp was not fit for its ordinary purpose.

The defendants denied all of the allegations of wrongful conduct and denied any liability but later agreed to settle for a total of $12 million. According to the settlement agreement, the defendants paid $11.5 million to Melanie, $400,000 to her husband and $50,000 to each of her two children.