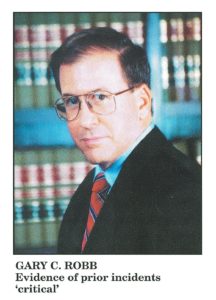 The families of a pilot and five sky divers who died in a plane crash have settled their Jackson County products liability case against the engine manufacturer for $27.5 million.

The settlement with defendant Teledyne Continental Motors of Mobile, Ala., was approved by Circuit Court Judge J.D. Williamson on March 15. The recovery is believed to be the largest ever for a single small plane crash.

According to the plaintiffs, an in-flight engine failure occurred when oil transfer tubes moved, cutting off the supply of oil to the engine.

Teledyne denies any engine failure and admits no liability in the settlement.

But the company, at the insistence of the plaintiffs, has agreed to modify its engine overhaul manuals to include notification that owners, operators and repair facilities should inspect the oil transfer tubes.

The attorney for four of the families, Gary C. Robb of Kansas City, said the key to the agreement was the discovery of 14 prior cases of engine failure linked to the malfunction of oil transfer tubes.

“In any products liability case, the existence of prior product failures is one of the most critical pieces of evidence that can be gathered,” said Robb. “The jury wants to know if it has happened before – if it has, they’re much more likely to find it happened in this case.

“Moreover, prior incidents are evidence of the defendant’s actual knowledge of the danger and of the risk of using the product, which is the basis for punitive damages.”

David Snyder, 55, was piloting the Cessna 206 plane when it took off from the Grain Valley Airport east of Kansas City on March 21, 1998. The five sky divers aboard were from varying backgrounds: Marion Rudder, 47, a bridge inspector for the Kansas Department of Transportation; John Schuman, 45, a carpenter; Eric Rueff, 32, a firefighter; Kenney Buckley, 50, a UPS driver; and Julie Douglass, 23, a hospital worker who was making her first jump.

The plane was in its climb phase and moving toward the jump area. At 5,000 feet, Snyder heard a popping noise and, according to Robb, said, “What the hell was that?” The plaintiffs maintained the noise was the initial cracking of the engine’s connecting rods.

Although the plane still had power and speed, Snyder radioed that he was “canceling jump operation” and headed back to Grain Valley.

But at 500 feet, there was an in-flight engine fire and the plane burst into flames. Snyder tried to get down quickly, but the plane clipped a tree and “wind-milled” wing-over-wing. The plaintiffs would have presented evidence that all six aboard survived impact and died of burn injuries and smoke inhalation.

Determining whether there was a history of problems with the oil transfer tubes “certainly was a protracted process,” said Randy James of Overland Park, Kan., who represented the Douglass family.

According to Robb, in July 2000 Teledyne represented in formal discovery that there was only one prior incident of an oil transfer tube failure.

“But at that point we knew of at least one other case, and they hadn’t produced documents about it,” Robb said. “So we had to go to great lengths to discover informally other incidents.”

The plaintiffs ran an advertisement in the ATLA Advocate, and contacted attorneys on the ATLA and ABA aviation law committees, seeking information on oil transfer tube incidents.

Robb said they received about a dozen responses, “three or four of which led to good information.”

Armed with this knowledge, the plaintiffs pressed on with their formal discovery. “The defendants strenuously resisted having to produce records of prior incidents, using various discovery ploys,” said Robb.

James said that “they coughed up documents on another few incidents, but not on one we knew of. We took it to the judge, and he said on the record that they were ‘hiding the ball.'”

Said Robb: “We told the judge we knew of another case that they haven’t produced. Teledyne said, ‘Let us know what that case is, and we’ll investigate it.’

“But Judge Williamson said, ‘It doesn’t work that way.’ He told Teledyne’s lawyers that they better have a ‘come-to-Jesus’ meeting with their client and produce all relevant documents,” Robb said.

Teledyne’s attorney, Robert Cotter, did not respond to a call regarding the case.

To ensure all documents were produced, the court entered an extraordinary order – Teledyne would have to make all the original documents available to the plaintiffs in Mobile.

“This was the first time Teledyne had ever been ordered to open their files,” said James. “They made available hundreds of file cabinets with hundreds of thousands of documents. We spent six days earlier this year with five or six attorneys going through them.”

It was only after the prior incidents were identified that Teledyne began making settlement overtures, according to Robb. “And the lawyers involved in all six cases agreed to a global settlement arrangement.”

Robb pointed out that Missouri Supreme Court Rule 4-1.8(g) provides that an aggregate settlement of multiple claims cannot be made “unless each client consents after the consultation, including disclosure of the existence and nature of all claims or pleas involved and of the participation of each person in the settlement.”

Having obtained written consent from their clients, the plaintiffs’ attorneys presented a lump sum settlement demand to Teledyne.

The plaintiffs were also “adamant” about another issue – Teledyne would have to agree to modify their engine overhaul manual to warn about the oil transfer tube problem.

“Without this remedial measure the plaintiffs would not have settled,” Robb said.

Teledyne did not want this promise to be part of the formal settlement documents filed with the court, so the plaintiffs accepted a letter from Teledyne’s attorney Cotter setting forth the company’s remedial plans.

When the settlement was approved by the court on March 15, Cotter sent the following letter to the lawyers on behalf of each of the six families: “On behalf of Teledyne Industries, Inc. (“Teledyne”) this is to advise you that Teledyne will include a notification in all future overhaul manuals of all TCM engines containing oil transfer tubes that owners/operators and repair facilities should inspect the oil transfer tubes in such engines. This notification will be contained within the next revision of the overhaul manual, and said notification shall be included on any internet update of the overhaul manual in the ordinary course of business once the specific notification language is determined.”

Robb said a lawyer has a “moral obligation” in a products liability case “to discuss with the client how to enhance safety as a result of the danger that was discovered.”

“Far too many plaintiffs’ lawyers and clients take the money and run,” said Robb. “They agree to protective orders, they agree to be silenced.”

“They’re really taking hush money – how many accidents could be prevented if the danger weren’t hushed up?”

“I believe injured parties, and lawyers especially, have blood on their hands for injuries that could have been prevented by publicity or an open agreement,” Robb said.

In addition to requiring remedial action, the plaintiffs also insisted on an even split of the settlement.

“We maintained a solid, united front from early on,” said James. “The only fair way was to split the settlement evenly.”

The settlement is to be paid by May 11. Under Sect. 537.095 RSMo, the court must approve a wrongful death settlement. To date, five of the families have testified and their settlements have been approved. It is anticipated that settlement for the Snyder family will be approved once representatives of the Snyder family testify.