Family of man killed in plane crash gets $15M settlement 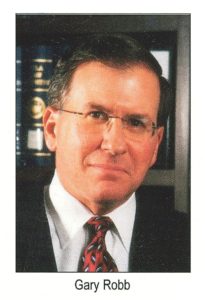 A Kansas City lawyer won a $15 million settlement for the family of a former Kansas man killed in a Chicago airplane crash.

Gary Robb represented the survivors of Michael Waugh, general manager of Joe’s Seafood, Prime Steak and Stone Crab Restaurant in Chicago. Waugh, the pilot, and two other passengers were killed when a private plane flying from Olathe, Kan., to Chicago went down Jan. 30, 2006.

Cook County Circuit Court Judge John A. Ward approved the settlement on Thursday. It provides $6 million to Waugh’s widow, Lisa, and $3 million to each of his three sons, Joseph, 14; Jordan, 12; and Jameson, 8.

The lawsuit alleged that the pilot, Mark Turek, a senior financial adviser for the investment firm Morgan Stanley & Co., was not a professional pilot.

“Our investigation revealed that no other financial institution of comparable size permits its employees who are amateur pilots to fly clients around on company business,” Robb said in a press release. “We commend Morgan Stanley for changing this policy such that this kind of tragedy can never occur again.” 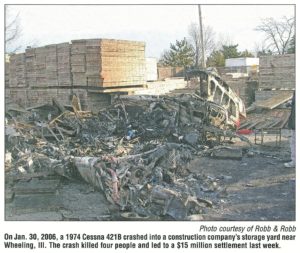 A spokesperson for Morgan Stanley did not immediately respond to an e-mail seeking comment.

According to the press release, the 1974 Cessna 421B carried Turek and a co-employee, Scott Garland, who had consulted with Waugh’s father, a school principal in Marysville, Kan. The other passenger was Kenneth Knudson, founder of Sybaris Pool Suites, a private club with hotels in Indianapolis, Mequon, Wis., and northern Illinois.

According to a National Transportation Safety Board report, the plane crashed in icy weather near Palwaukee Municipal Airport in Wheeling, Ill.